The LMA is pleased to announce the launch of a new recommended form of Intercreditor Agreement for use in real estate finance transactions (the "REF Intercreditor").

The REF Intercreditor was proposed in response to demand from members active in the real estate finance market who were increasingly seeing loans provided via a combination of senior and mezzanine finance. Whilst it was recognised that the nature of these transactions, the variety of potential lending structures and the various stakeholders involved in the process would make it difficult to produce a "one size fits all" document, members felt that the basic formulation of a standard form template would be a step forward in achieving greater efficiencies and standardisation across the market, by providing a common framework and language for those involved in these transactions. The LMA believes that this will enable market participants to concentrate on the key commercial drivers and structural nuances which form the basis of their transactions.

The REF Intercreditor, for use in conjunction with the LMA's Recommended Form of Facility Agreement for real estate finance multi-property investment transactions, uses the same "boilerplate" as the LMA Recommended Form of Intercreditor Agreement for the leveraged finance market and so should be immediately familiar to all users of LMA documentation.

The REF Intercreditor was put together and agreed by an experienced working party, consisting of representatives from banks (including in-house lawyers), mezzanine finance providers and major City law firms, and was based on their first-hand experiences of undertaking such transactions.

"Real estate finance forms a significant part of the syndicated loan market and is a key contributor to economic growth. The LMA remains committed both to fostering REF liquidity and assisting its members who are active in the market and we believe that the production of REF specific documentation provides one of the best ways of achieving these aims, by improving general efficiencies and helping to attract new investment."

Further information is provided below:

The REF Intercreditor was prepared on the basis of an assumed corporate, loan and guarantee, security and subordination structure. 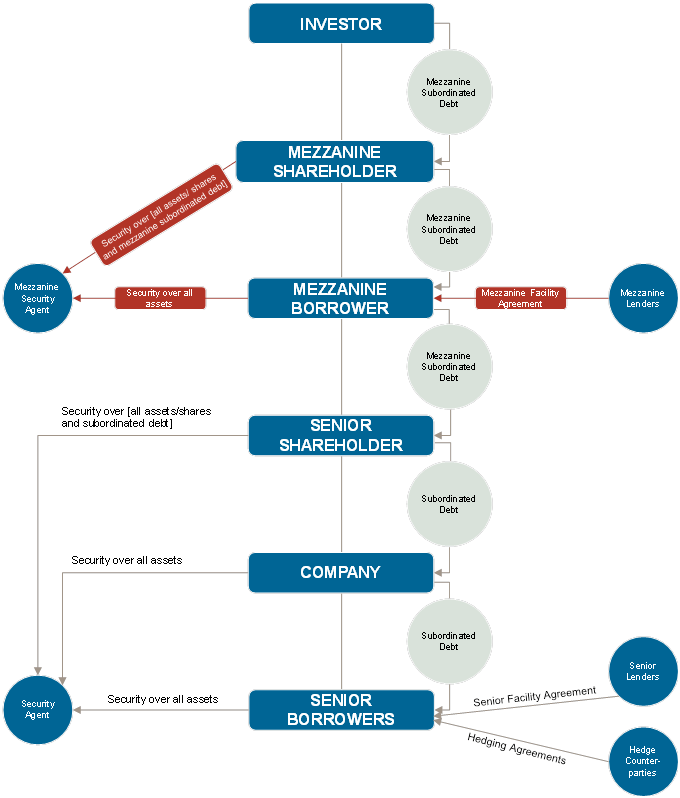